You are a novice camera operator on the renowned show "The Oval Office". As the camera operator, you have to make sure you record the actors as they perform their roles. Unfortunately, the show is known for its infamous "Walk and Talk" segments, known for how difficult it is for camera operators to record. Make sure to not include any crew in the shot, and make sure not to bump into anyone!

Sorry about performance issues on slower systems, I didn't have time to optimize.

I signed up just to make this comment, what a clever and hilarious idea paired up with a really fun and challenging design. Did you write this yourself? What little of the script I could read while frantically following the walking-talking really felt like it fell right out of Aaron Sorkin's brain. A real feat, thank you for making this!

Thanks for signing up to comment on this. It means a lot. The section with the best writing (Portents) was pretty directly inspired by this scene, where the general structure and general beats are the same, although it deviated more as I went through the scene. The other ones weren't directly influenced by any scene, but I wouldn't be surprised if some influences slipped in. The Spooktacular was, of course, directly lifted from season 3 episode 22, when ghosts take over the west wing.

Congratulations for your results in TVGameJam - I didn't talk to much about your entry but I liked it and it was SO original&fitting - my congratulations .-) 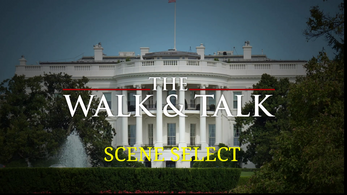 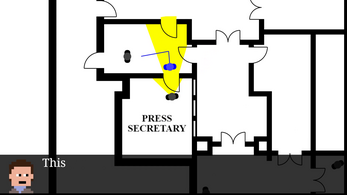 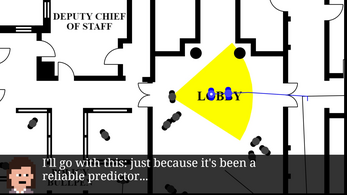